I was raised in church (and unlike some folk, I’m not bitter about it…but that’s a different post for another day).

My formative years as a Christian were spent in Sunday school, holding the basket for the children’s offering, and singing in the choir. However, much of my spiritual development and growth as a clergy woman took place through encounters with others outside my local congregation, some who had been on the journey much longer than I had. Those earliest encounters happened at the National Baptist Convention, USA. (I remember when one of the instructors in the ministers’ class shared how he was struggling with accepting women in ministry but that he was confident of my gifts and call, and that he was helped because of our meeting.) But my later enco

Every summer, we would pinch our pennies together to schlep down to New Orleans in the thicket of summer heat and hike back and forth to the convention center in the thicket of the bayou humidity, for a glimpse of a fresh move of God. We developed relationships with our brothers and sisters in the fellowship and with the drivers, service workers, and hotel staff. We sang in the choir with them. We ushered with them. We were slain in the spirit with them. They became like family. In July 2005, we again descended on New Orleans to share with our brothers and sisters in the faith. We broke bread and laughed and commiserated about life and about the heat.

So, when the reports began to roll in about whole families, communities and churches stranded and drowning in the flood waters after Hurricane Katrina, I felt like I had been punched in the gut. I saw the faces of all the people I met through the Fellowship, the smiles of the people I’d encountered every year, and I began to weep. Where were they? Did they survive? Were there families still in tact? We did what we could to send financial support, but I still felt helpless. I grieved a loss that I did not personally suffer, and it crushed me to my soul. To make matters worse, I watched Spike Lee’s When the Levees Broke: A Requiem in Four Parts and I became angry! I was angry about the misappropriation of funds and intentional dismantling of communities of color through redistricting during the “rebuild”.

Last summer, I returned to New Orleans for the first time in 10 years to attend a conference. During the opening session, an administrator from Tulane University spoke about the heroic work of their medical students and physicians during the disaster, and it was as if someone ripped the bandaid off of my heart. I was so overcome with emotion that I had to excuse myself from the room and take a walk outside. The conference took place in a posh hotel with upscale retail and all I could think of were the faces of the people that once occupied the 9th ward. Eventually, I got myself together and went back inside…still angry.

And just when I thought that experience was safely tucked away, this happened. 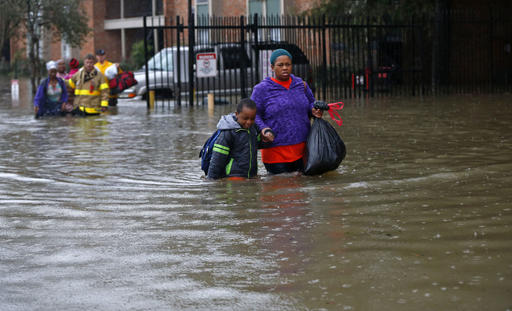 And I thought, “Dear God, not again!”

13 people dead. 40,000+ homes damaged. 86,000 people displaced. 20 parishes affected. The Louisiana government issued a warning advising residents to be on the lookout for bears, alligators, snakes, and deer wandering into residential areas because of rising flood water. 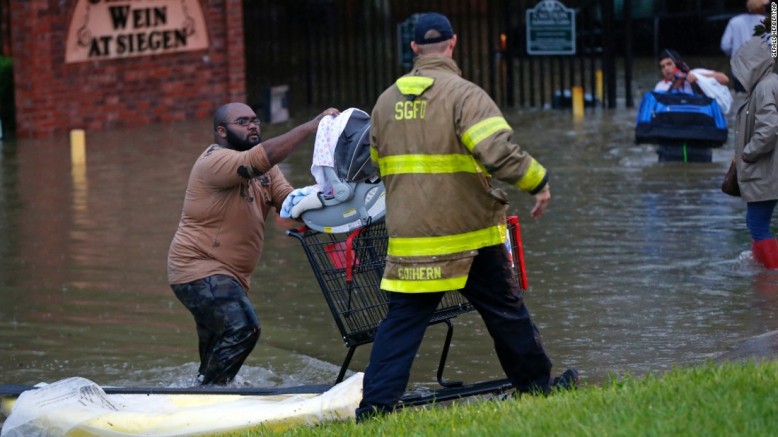 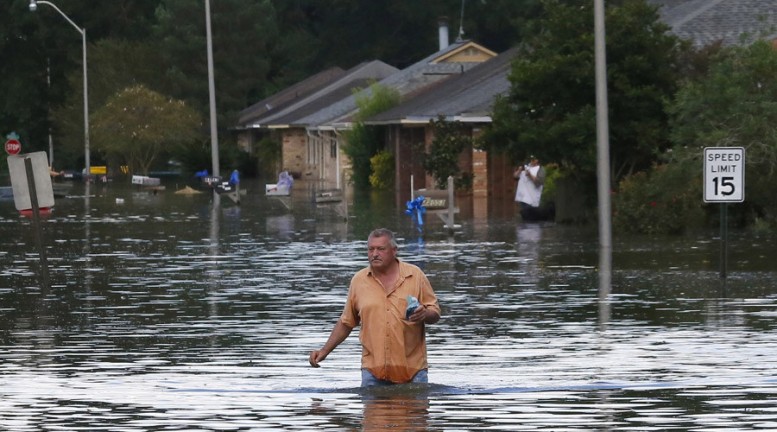 Nothing in my years in church helped me to understand why God allows things like this to happen, but those early years in sunday school taught me to trust the God who sees and responds.

Sometimes I use words

4 thoughts on “Dear God, Not Again”